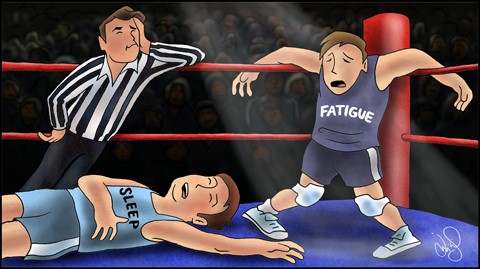 “Katherine Johnson arrived at the office early, went home in the late afternoon to check on her daughters, and then came back in the evening, maintaining a schedule of fourteen or sixteen hour days…One morning on the way to work, Katherine literally fell asleep at the wheel, waken up shaken but unhurt by the side of the road. She was so absorbed with the problem of keeping the astronauts safe on their round trip to the moon that she was making herself to the most vulnerable to the most mundane kind of risk.” Hidden Figures: The American Dream and the Untold Story of the Black Women Mathematicians Who Helped Win the Space Race, Margot Lee Shetterly

The most mundane kind of risk for a mathematician working at NASA in the 1960s is the same risk every human faces every 24 hours – the fight between sleep and fatigue. Katherine maintained a work schedule of 14 to 16 hours over many days and fatigue won the battle. She fell asleep at the wheel. Has that ever happened to you?

What is your vulnerability to losing the battle when you are fighting fatigue? The correct answer is that every one of us will lose the battle to fatigue. There is a fight between two forces: things that produce fatigue and things that reverse fatigue. If you are familiar with the FAID® fatigue modeling software, its algorithm includes forces that produces fatigue: duration of work and breaks, time of day of work and breaks, work history from the past seven days, and biological limits on recovery sleep.

We know that the most effective force that reverses fatigue is sleep. Our problem is that we make poor choices and do not sleep even when we have opportunities. We may have sleep disorders that affect both the quantity and quality of sleep we receive.  The best, first step each of us can take is to acknowledge our human limitations and recognize that we will not win the fight with fatigue that occurs about every 16 hours unless we sleep about eight hours of 24. Do not let fatigue knock you out.

By the way, the movie “Hidden Figures” is an excellent portrayal of workplace issues in the 1960s and the relationships among a diverse population.

One type of sleep disorder is obstructive sleep apnea.  I picked up a brochure at the dentist’s office that contained the “STOP-BANG” test that can be used to find out if you are at risk for sleep apnea.

Snore: Have you been told that you snore?

Tired: Are you often tired during the day?

If you answer YES to two or more of these questions, you are at risk and should consult your doctor.

BMI: Is your body mass index greater than 28?

Gender: Are you a male?

The more questions you answer YES to on the B.A.N.G. portion, the greater the risk of having moderate to severe obstructive sleep apnea. 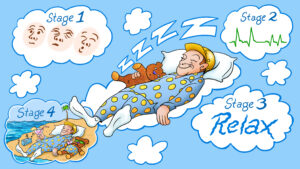 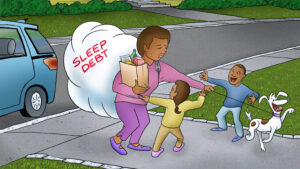 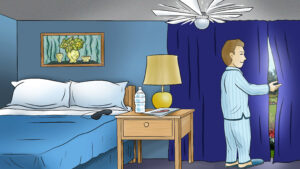